Jaunpur is a city located in the Varanasi division of Uttar Pradesh. The city was founded by Feroz Shah Tuglaq in the 14th century in the memory of his brother Sultan Mohammad. The Sultan was originally named Jauna and, thus, the city got its name Jaunpur. The city was also the capital of the Sharquie kingdom and was founded by Malik Sarvar in 1394 AD. The city was of paramount importance for its architectural beauty and was, thus, the economic capital of many kingdoms. The city is also famous for jasmine oil, raddish, tobacco leaves and imarti. 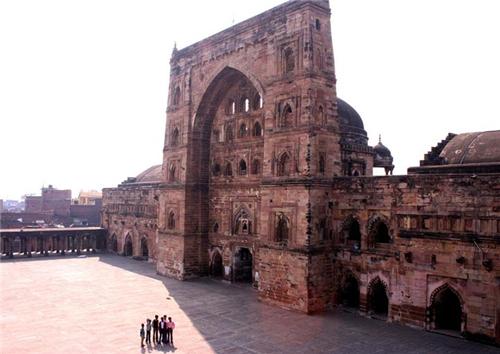 Jaunpur is a city famous for its glorious past but the city has its own status as a political, economic and social giant. The history of the city can be found in the many rock edicts and the archaeological remains, which date back to the late Vedic Period. It is said that many rishis and maharajas came to the shores of Adi Ganga Gomti to offer prayers and meditations. These prayers still echo in the temples set along the banks of the Gomti.

The place has been on the forefront for education. The great leader Sher Shah Suri was educated in this city. During the Shakti Period, the city became even more popular as it paved the way for harmony among the Hindu and Muslim community. Maharishi Yamadagni was in awe of the beautiful nature and the scenic beauty of the city. He later built the Ashram on the banks of Gomti between Jaunpur and Zafrabad. At the same spot there was a temple built which is today known as the temple of Maharishi Yamadagni. The city was a part of Ayodhya and was known as Ayodhyapuram. Maharishi Yamadagni was killed by king Sahastrarjun who was in turn killed by the son of Maharishi Yamadagni, Parshuram, in vengeance.

Raghuvanshi Kshatriyas were the first arrivals of the city. The Gaharwar Kshatriyas are attributed with bringing up the cities of Jafrabad and Yaunpur, now Jaunpur. In 1194 AD Qutubuddin Aibak attacked the city of Jaunpur and entrusted all the powers to Dewanjeet Singh. Later on, in 1389 AD, Mahmood Shah, son of Feroze Shah ascended the throne. The younger brother of Sayeed Murakshah is attributed with bring peace to the Hindus and establishing communal harmony. The Lodhi Dynasty existed in Jaunpur from 1484 AD to the end of the 1525 AD. After that it was led by Babur’s son Humayun who died in 1556 AD. Jalaludin Akbar ruled the city after that and it was during his era that the Shahi Pul of Jaunpur was built. After one and a half centuries, in 1722 AD the land of Jaunpur finally was out of the Mughal rule and came under the Nawab of Awadh. In 1775 AD Jaunpur became a part of the British land.

Jaunpur also played a major part in the fight of Independence and scholars believe that about ten thousand people from the city perished in the war of 1857. There were many more such incidents and Jaunpur was always at the forefront to fight the Britishers. Two freedom fighters, Raghuraee and Ramanand, were captured in one such incident and their bodies were hanged from the trees and kept so for three days. Read More

The city of Jaunpur is situated in the Northern-Western area of the Varanasi division. The land extends from 82.7 deg east to 83.5 deg east in longitude and 24.24 deg North to 26.12 deg north along the latitude. The altitude of the city varies between 261 ft. and 290 ft. above the mean sea level. The place is divided into four regions via the rivers Gomti and Basuhi.

According to the 2012 census the city of Jaunpur has a total population of 430000 among of which are 200063 males and 229937 females. The literacy rate of the city is fantastic at 89.11 percent which is much better than the national average. There are some localities within Jaunpur where the sex ratio is even more than 1000.

The climate of Jaunpur is very consistent and is similar to the one found in the northern plains and the Central Highlands along the Aravali range. The temperature of the city varies from 4 deg Celsius in the winters to 44 deg Celsius in the summers. The place has regularly suffered from pestilence and drought. The annual precipitation of the place is 1098 millimeters.

Read More about Geography of Jaunpur

Jaunpur is a place filled with many historical sites and world heritage sites. Since the city has seen so many rulers and also been a big part of the fight for independence it is but only natural that the city offers various tourist spots. The city is filled with varying types of architecture which includes an array of mosques, madrasas and tombs. The city also has some monuments which will remind you of the prowess of the rulers at making world class architecture. Some of the major tourist spots of Jaunpur are mentioned below.
Click Here for more Details on Jaunpur Tourism

Jaunpur is not a major shopping zone and the people looking for big market places will be disappointed. The major trade in the shopping market of the city is that of perfumes and oils. The main shopping area of the city is along the Line Bazar Olandganj. The market place is also filled with a variety of readymade garments which will be liked by women especially.

Since Jaunpur is in North India and especially is a part of Uttar Pradesh, you can be sure of getting the most delicious of foods to satisfy your appetite. The local delicacies of Jaunpur vary form the chatpati chats to the delightful Banarasi Pan. The city is famous for its street food which should be tried by everyone who is visiting Jaunpur as a tourist. The city also has some famous restaurant recommended by the city tourism namely, Rupali Restaurant, Surya Restaurant, Kishan Coffee House and Anupam café. The city is most famous for its Imarti, which is an Indian sweet dish very much similar to jalebi, another Indian sweet dish.

Various sports are also being supported and developed by the Jaunpur District, Uttar Pradesh. India being a cricket fanatic nation, cricket like in any other parts of the country is liked by the people of Jaunpur.

Other than cricket, the rise of many sports personalities likes Sania Mirza in Tennis, Saina Nehwal in Badminton and Abhinav Bhindra in Shooting have all inspired the youngsters of Jaunpur to pursue sports as a career. Sports Authority of India is also carrying out various developmental plans by providing various training facilities, advanced infrastructure, scholarships and coaching facilities.

Various games and sports are also made as part of the curriculum of various schools and colleges in Jaunpur in order to develop physical fitness, neuro-muscular skills, to promote the spirit of cooperation and sportsmanship. Children are asked to pursue the games and sports of their interest and are also provided with adequate opportunity to represent at various levels. Scouts and Guides training is also being given in Jaunpur, UP.

How to Reach Jaunpur

Jaunpur is located in the south eastern part of Uttar Pradesh and is very well connected with the rest of Uttar Pradesh and India. The closest airport is the Babatpur Airport which is located in Varanasi and is just 38 kms away. Travellers can take a train or a bus for Jaunpur from the airport. The city can also be reached via train. Many trains run from Delhi namely, Ganga Yamuna Express and Saryu Yamuna Express. The Varanasi Lucknow Express, Farakka Express and Sharmjeevi Express are some other train which will get you to Jaunpur. By road Jaunpur can be reached very easily as it just 2 hours from Varanasi. The city is 110 kms away from Allahabad and 228 kms away from Lucknow.