The official language of Jaunpur District is Hindi and Urdu. It was a major centre of Urdu and Sufi knowledge and culture. As the years passed by, the city slowly and steadily flourished and prospered as an important cultural centre.

Awadhi is also spoken which is otherwise called as Abadhi or Abadi. But people have adopted western Hindi or Urdu. 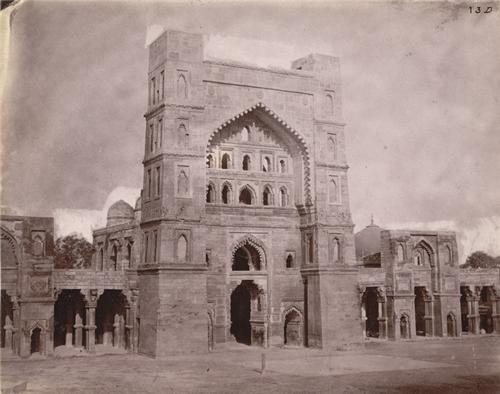 The Sufi tradition that got established in the 14th century in Jaunpur also flourished with a number of poems written in Awadhi. The greatest Awadhi writer during this period was Gosvami Tulsidas who wrote Ramcharitamanas.

Jaunpur’s last ruler was Hussain Shah. He called himself “Gandharva” and his love for Hindustani classical music made him to contribute a lot for its development. He composed many ragas in Khayal genre of the classical music and notable among them being Malhar-syama, Gaur- syama, Bhopal- syama, Hussaini-or Jaunpuri-asavari and Jaunpuri-basant. Presently, Jaunpuri-asavari is known as Jaunpuri.

Jaunpur was related to Hinduism in various forms like the city being related to the late Vedic Period, flowing of Adi Ganga Gomti, adobe of Maharishi Yamadakni and various other rishis and maharishis, sages and the emanating sounds of ved, mantras, etc.

After the Mughals conquered India, Islam started to spread in Jaunpur. When Jaunpur was under the Sharqi dynasty, Hindus and Muslims started to live in perfect communal harmony and till date, one could feel the presence of the same in Jaunpur. It was mainly due to the fact that Sharqis were originally the indigenous converts to Islam and not similar to the likes of Persians or Afghans.

Apart from Hindus and Muslims, the presence of Jainism and Buddhism could also be seen in Jaunpur. It is also said that Lord Buddha lived in the vicinity of Jaunpur.

According to the recent census, Jaunpur consists of 61% of Hindus, 37% of Muslims, 1.7% of Jains and the remaining (which includes Sikhs and Buddhists) 0.3% consists of other religions.

Chikankari is the traditional as well as important hand embroidery of Uttar Pradesh. It is very delicate hand embroidery that is made using organdie, chiffon, silk, organza, muslin and doruya. This craft is followed widely across Uttar Pradesh that also includes Jaunpur. The saris and kurtas made out of Chikankari are ideal for summer.

Similar to Chikankari, Zardosi clothes are also woven across Uttar Pradesh including Jaunpur and are quite famous across the world.

Jaunpur is also quite famous for jewellery-making and enameling work. The silverware made in Jaunpur is exquisite that has patterns that are related to daily walk of life. One could find the Bidri and Zarbuland silver works finding wonderful expressions on excellent pieces of jewel boxes, huqqa farshi, trays, cufflinks, bowls, cigarette holders, etc.

In Jaunpur, ivory and bone carvings are also quite famous. Many of these with motifs of leaves, flowers, trees, creepers, animals and birds are also widely produced.

Apart from the above, intricate items like lampshades, knives, shirt pins and small toys are liked by people all over the world. All these manufactured in Jaunpur add to the decor of any home across the world.

Jaunpur is also quite famous for attars or fragrances as well as oils. Some of the famous fragrances produced here are Chameli, Khus, Zafran, Keora and Agar. These are produced from different aromatic herbs right from 19th century.

The main shopping area of Jaunpur is Line Bazar Olandganj.