Jaunpur is located towards the North Western area of Varanasi. It was founded by Feroze Shah Tughlaq, the Sultan of Delhi in 1359. He built it to commemorate the memory of his cousin brother who was called Mohd Bin Tughlaq and who had been known for his innovative thinking. 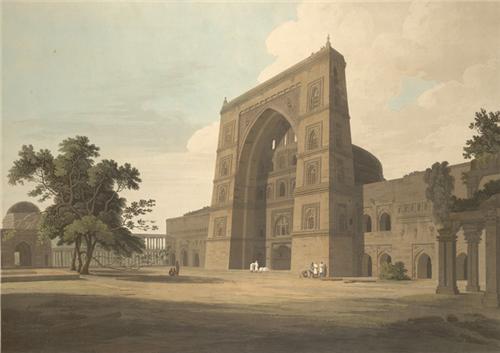 The Jaunpur Sultanate reached the zenith of its glory under the tutelage of Mubarak Shah’s youngest brother who took up the title of Shams-ud-din Ibrahim Shah. He ruled between 1402 to 1440. The extent of the kingdom ranged from Bihar to Kanauj and from Delhi to Bengal. Jaunpur sultanate was ruled by the Sharqi dynasty. The Sharqi dynasty comprised the following rulers in chronological order:

During the period from 1456 to 1476 Jaunpur had boasted of the largest army in India when Husain Shah ruled over it. He decided to conquer Delhi. However, despite three concentrated battles he was defeated by Bahalol Lodhi. Later on again Sikander Lodhi made a conquest of Jaunpur in 1493 and that is where it stayed till the advent of the British era when it was annexed in 1779 on the basis of the treaty called the Permanent Settlement.

Jaunpur as a Centre of Sufi Culture

During the Sharqi Dynasty there were excellent harmonious communal relationships between Hindus and Muslims. When Jaunpur was conquered by Sikander Lodhi, the Sharqis kings tried several times to reclaim the city but failed drastically.

Jaunpur at one time had the recognition of being the centre of learning of Urdu. It was renowned for being totally steeped in the musical traditionals and culture as well as sculpture.

The art and architecture of Jaunpur has showed exemplary skills of the Mughal style. Even though Lodhis destroyed many of monuments there are still some notable samples left for serving. Especially those which were remarkable mosques remain. The most notably ones are the Atala Masjid, the Bari Masjid or the big mosque or even the Jama Masjid as it has been called.

Along with these there is the Lal Darwaza Masjid. These mosques are unique in designs, layout and architecture while nearby is also the Jaunpur Qila which is said to represent the work of emperor Akbar of the Mughal dynasty although it dates from the Tuglaq.

Another remarkable feature is the old bridge over the Gomti River which had been built in 1564.