Having River Saraswati named after Goddess Maa Sharda, another name of Goddess Saraswati, is believed to be the divine consort of Lord Brahma. She is popularly known as Maihar Wali Devi in the northern states including Madhya Pradesh, Vaishno Devi and J&K. 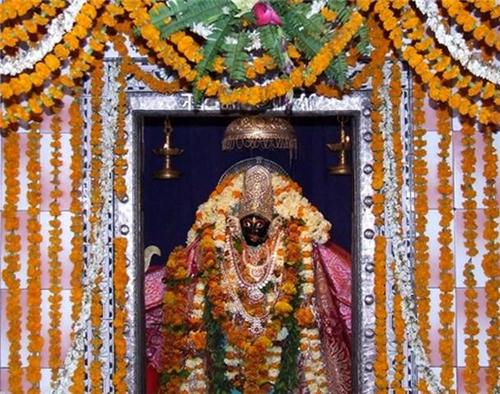 Maa Sharda Shakti Peeth, popularly known as the temple of Maihar Devi, is situated in Maihar or Mehar, Jaunpur.

This is the place where the right breast of Goddess Sati is said to have fallen when Lord Shiva travelled the world holding the dead body of his dedicated wife; hence, the name given to the temple by the people.

The temple is established in Parmantpur, in Jaunpur district. A flight of 900 stairs will take you to the temple. The local people believe that the temple was built by someone who had a dream in which Goddess Maihar instructed him to construct the temple.

Accommodation: The temple has a Dharamshala in its premises which provides accommodation for the visitors.

Timings: The temple is open for the visitors throughout the year, but the two Navratris attract the devotees in large numbers.

The foundation day of the temple is celebrated every year on 4th March.
Visiting hours of the temple are 6:30am to 1pm and 2pm-8pm.