Jaunpur is a city famous for its historical and political significance. Located in the Varanasi division, Jaunpur is visited by many tourists throughout the year. The city is filled with a range of mosques, tombs and madrasas, which were all majorly built by the Mughals. The city also offers some delicious local delicacies and is famous for imarti. The shopping market of the city is famous for its perfumes and is engulfed by the tourist during the evenings and holidays. 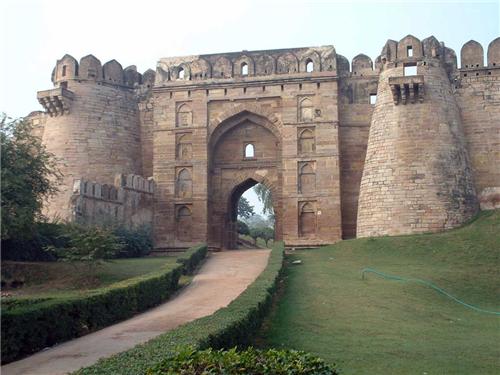 Atala Masjid, built beside the Atala temple in Jaunpur, got its name from the Hindu temple, with the material input from the temples present around. The foundation stone of the Mosque was said to be laid in 1377 and the construction concluded in 1408 under the reign of Sultan Ibrahim.

The Masjid is a unique combination of Sharqi and Islamic architecture, yet demonstrates a strong influence of Hindu style through its square shape.

The central portico and the huge entrance to the mosque are grandeur evidences of the Sharqi architecture. The prayer room is in the form of a massive hall. The big mosque has three domes of differing sizes. 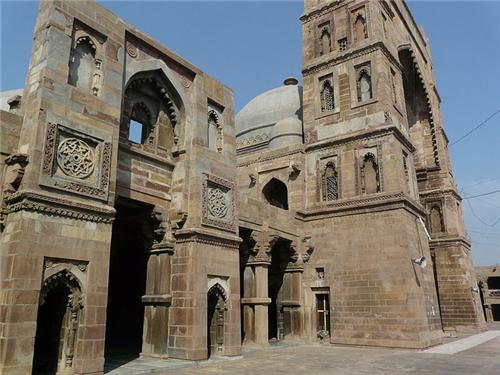 Madarsa Din Dunia – Madarsa refers to the Islamic education institute. The Atala Masjid also houses a madarsa which can be seen in the central prayer hall.

Impressed by the architecture of the Masjid which represents a unique combination of Islamic and Hindu architectural styles, author William Hodges mentioned the mosque in his book ‘Select Views in India’.

Timings: The mosque is open for the visitors from sunrise to sunset, i.e., from 7.30 in the morning till 8 in the night. Like other mosques, special prayers are held on every Friday.

How to Reach: You can easily find local transport once you unboard at the Railway Station.

Accommodation near Atala Masjid in Jaunpur

Maa Sheetla Devi Temple is an ancient temple situated in the district of Jaunpur which was governed by Ahir rulers especially during the era of the Hindu kings. The first Ahir ruler of Jaunpur was Heerachand Yadav. The forts found in Chandvak and Gopalpur were built by them.

Godess Sheetla, the younger sister of Goddess Durga, holds a significant place in the Puranas. 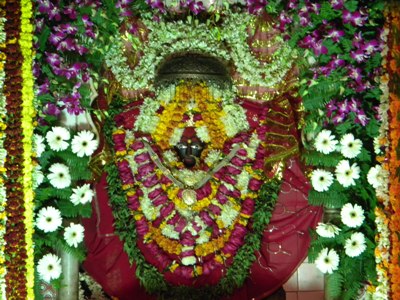 Sheetla Devi is also called as ‘Chaukiya Devi’ as it is believed that she was installed on a raised platform called ‘chaukiya’ initially. The idol of the Goddess is established on a small platform, and hence the name given to the place, Chaukia Dham. Therefore, Sheetla Devi Temple is also known as Sheetla Choukiya Dham; it stands as a symbol of the faith and dedication of the people in the Goddess.

The divine mother’s representative is called as Devu Sheetla and is the blissful aspect of the divinity.

There is no evidence about the construction of the temple. It is believed that the temple of Maa Sheetla Devi was built in the glory of their clan-deity either by the Yadavs or the Bhars. The Bhars, who were non-Aryans, worshipped Shiva and Shakti. They held power in Jaunpur.

There was a tradition to build a pond alongside the temple among the Hindus. Following this tradition, the temple also has a pond nearby, where the visitors can make a wish after their visit to the temple. The pond is known to fulfill the wishes of the devotees.

People visit the Temple to accomplish their religious duties especially, mundan and thread ceremony (janeu), the most important traditions among the Hindus.

Navratri festival is celebrated to honor the nine sisters, each day dedicated to one Goddess. Sheetla Mata is known to be the youngest among the sisters but holds the most important place.

Best time to visit: You can visit the temple all round the year, but Mondays and Fridays, and full moon days, hold a special significance. The Navratri festival is a special attraction.

This is the last big mosque of Jaunpur and is the largest of all. Hussain Shah is attributed to bring up this masterpiece in 1478, 20 years after the construction was started. This mosque looks like a magnified version of the Atala Masjid. The whole structure has been raised on a high plinth and this structure encompasses a huge courtyard measuring 64.5 meter by 66 meters. The monument also has a lofty dome which makes it all the more attractive.

Click Here to Read about Jama Masjid in Jaunpur

The mosque was built by Bibi Raji, she was the queen of Sultan Muhammad Shah and the construction took place around 1450. The mosque is also known as Ruby Gate Mosque and lies on the outer strings of Jaunpur. This mosque was meant to be the private praying hall of Bibi Raji. This mosque too resembles the Atala Masjid but is very small when compared in size. The mosque is so named because it lies next to the Lal Darwaza of Queen Bibi Raji's Palace. A major portion of the construction material was obtained by destroying the Hindu temples and monuments. Read More

The Shahi Bridge was constructed in 1568 by the great Munim Khan, who was the governor of the state of Jaunpur under Jalaludin Akbar. The bridge was designed by Afazal Ali and covers the whole breadth of the Gomti River and is a major architectural marvel of the Mughal Empire. The Bridge has ten openings and also has hexagonal shaped umbrellas under which the people can enjoy the view of spectacular Gomti River. 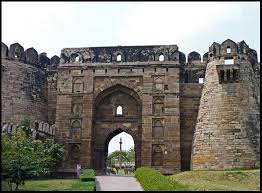 Also known as Jaunpur Fort or Karar Fort, the Shahi Qila was built by Ibrahim Naib in 1377. The fort is located very close to the Shahi Bridge and most of the construction material was obtained from the palaces and temples of Rathore Kings. The fort was mid-way destroyed by the Lodhis but was re-engineered by Humayun and then his son Akbar. The fort was destroyed once more in the revolt of 1857. The Qila is just 2.2 kms away from Jaunpur and is one of the major tourist destinations of the city.

Maharishi Yamadagni is attributed for bringing up the city. Maharishi Yamadagni was in awe of the beautiful nature and the scenic beauty of the city. He later on built the Ashram on the banks of Gomti between Jaunpur and Zafrabad. At the same spot there was a temple built which is today known as the temple of Maharishi Yamadagni. The Ashram is a religious center and the walls sing the story of the son of Yamdagni, Parashuram.

Entertainment and Nightlife in Jaunpur

Jaunpur has been known to be an ancient city of royals who lead the fashion of those days. The city has been developing over the years from an ancient town reminiscent of the Mughal splendor to a small principality annexed to the British. It has finally emerged as a small township replete with several areas that offer entertainment and enjoyment for locals and visitors alike. 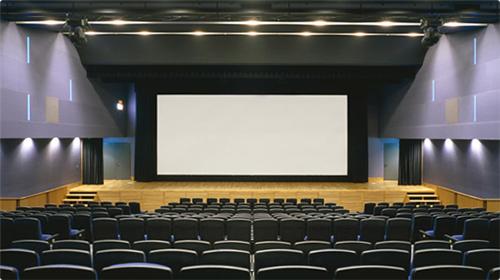 Jaunpur boasts of a classic cinema named the Laxmi Theaters. It is located at the Shahganj Road and is proximal to satiated near the woodland garage. The theater retains its old-world charm of having a single screen and large hoardings outside announcing the currently running movie as well as the movies to come. The colourful hoardings provide the pleasure of anticipation to the people looking forward to this celluloid form of entertainment.

Whereas the multiplexes provide entertainment to a lot of people imbued in the mall culture for the small town dwellers the cinema is enjoyed in the hall with the regular interval of popcorn and cold drinks. The cinema theatre provides its own brand of entrainment which suits the pockets and temperaments of a lot of semi-urban and rural settlements on the borderline of modern cities.

Another movie theatre in Jaunpur is Ram Chitra Mandir.